Let’s assume you know as little of the intricacies of the abc conjecture proof controversy as I do. Actually, let’s not assume that; forget I said that. However, before I carry on, a caveat: I very likely have no idea what I’m going to be talking about, and likely would be well advised to refrain from offering an opinion. However, having no one but myself to provide said advice, and being personally disinclined to offer it …

So, I decided to go as far as I could and was able, or as far as my motivation to do so would take me, to understanding what the hubbub was all about. And to begin, here is one wiki-way of expressing the conjecture:

{
If a, b, and c are coprime positive integers such that a + b = c, it turns out that “usually” c < rad(abc). The abc conjecture deals with the exceptions. Specifically, it states that:

ABC conjecture. For every positive real number ε, there exist only finitely many triples (a, b, c) of coprime positive integers, with a + b = c, such that
c > rad(abc) (1 + ε)
}

Let’s parse this. So, coprime means a, b and c have no prime factors in common. For example,

So, what is rad(abc), the “radical” of this integer? Well,

To get rad(abc) we take that product of primes with exponents and replace all the exponents by 1. So,

Evidently, we are assured, “usually” c < rad(abc), and in this case this is true.

Keep in mind, a week ago I knew nothing about this conjecture, but I became a number theorist dilettante in my early teens, so you can trust me.

It should be fairly obvious that if c is prime, then certainly

This suggests that if we want to find a counterexample to the “usually”, then maybe c should be very un-prime. For example,

[Note added 2020.04.12]
Regarding that positive real number ε:
What if ε = 0? Well, for all positive integers k, if
log2 3k is very close to an integer m,
then set a equal to the lesser of 3k and 2m, and c the greater. b is the difference.
In this case, if a and c are sufficiently close, then
c > rad(abc) = 6×rad(b).
In this way an infinite number of positive integer triples (I believe) can be obtained for which
c > rad(abc).
This means for all positive ε, if the conjecture is correct, there are infinitely many triples satisfying
rad(abc) < c < rad(abc) (1 + ε),
and finitely many outside that range. That is, satisfying
rad(abc) < rad(abc) (1 + ε) < c.
And that is indeed interesting.
[Note added 2020.04.16]
Of course, there is a simple example of that kind of thing. For every positive real ε, there are infinitely many fractions on the form 1/k between 0 and ε, but finitely many greater than or equal to ε, where k is a positive integer. Anyway, …

If you are like me – or if you are me (at least one of us is) – then you are wondering, WTF? In particular, these are the thoughts bubbling in my witches cauldron of a brain:

A. Yes, like Fermat’s last theorem, this conjecture is fairly easy to write down and comprehend;

B. Personally, were I asked to prove this conjecture I wouldn’t know where to start, except finding a book in my library with the widest possible margins in which to do my work;

C. And, again, being asked to prove this conjecture my initial response would likely be something of the form, “I’m pretty busy at the moment, what with counting bits of bellybutton lint and staring vacantly at the ceiling and all, so no, find someone else.”

Not being a highly trained PhD number theorist, I’m probably missing something important, but at my dilettantish level I can’t conceive of any reason one would need to nail this conjecture down with a proof. As mentioned, I spent years playing with prime numbers, which resulted in my conviction that the gods and Mother Nature have set

(natural log of the least common multiple of the integers from 1 to some positive integer n is best fitted (approximated) by n-1). This leads to a really great continuous approximation to π(n), again receiving Mother Nature’s seal of approval. And how did I reach this stunning conclusion? By fussing about with primes and graphing things.

Consequently, I can’t convince myself that the abc conjecture originated with anything more profound than a similar kind of fussing with numbers. My thinking is, someone famous and highly respected suggested this, and it became a longstanding mathematics meme. Proving it became something mathematicians could busy themselves with, and agreement on that became justification enough. However, I wouldn’t take my word for any of this.

Turmoil in the rabbit hole

So why do I care at all? Because the popular STEM media have recently been unignorably full of the following controversy: A Japanese mathematician (Shinichi Mochizuki) claims to have a proof (more than 500 pages long); Other mathematicians, including one Fields Medal winner (Peter Scholze) have questioned the validity of the proof; Ordinarily resolving their doubts would be required before the proof would be eligible for publication in a respected journal; It was published anyway in Publications of the Research Institute for Mathematical Sciences (RIMS); Mochizuki is a lead – if not the head – editor of RIMS.

I mean, really, what are the odds someone is going to happen upon this 500 page publication, have the time to look it over, have the chops to understand a significant portion of it, and not be familiar with the controversy. Has this person been living in a cave? (I think I know this person. I must have a word with them.)

Unable to restrain myself, I decided to look into this matter and see how far I could get before … Well, it turns out, not very far. Maybe it’s just the kinds of things that I find interesting, but notions kept popping up in my reading that I’ve encountered before. Like the Langlands program, which wiki says “is a web of far-reaching and influential conjectures about connections between number theory and geometry”. My gut feeling is that the Langlands program is very cool stuff, but the communication between my gut and my higher brain functions is a little sparse, and likely to remain so.

Another concept that pops up in much of my casual STEM reading is elliptic curves, which also figured in Andrew Wiles’ proof of Fermat’s Last Theorem. I gather that elliptic curves are an integral part of the Langlands program. And what are they?

“In mathematics, an elliptic curve is a plane algebraic curve defined by an equation of the form

which is non-singular; that is, the curve has no cusps or self-intersections.” And evidently this may employ a mathematical field different from the real numbers. (In particular, there is a finite field of order pk for every prime p, and every positive integer k (numbers of this form play an important part in my excellent conjecture:
ln(lcm(n)) =~ n-1).)

And this is where my eyes start to glass over, and I start thinking I should maybe go outside and play. I mean, that equation is just so damned specific. And although there are evidently some nifty things that come out of studying elliptic curves, …

Anyway, reading more deeply into the controversy – and evidently it remains a controversy because the proof is so dense, and involves many concepts invented by its author, so few experts in this field understand it – so, yeah, anyway, I eventually encounter references to Category Theory and Functors, at which point I fall into a deep coma from which I am only able to awaken upon hearing some soothing Ibiza music. As a graduate student of mathematics, decades ago, my reaction was similar.

Although I despair of ever being able to offer a cogent opinion on the proof – and indeed, were that even remotely possible my mathematical interests and proclivities would prohibit the attempt – I do have an opinion about the scandalous publication of the insufficiently refereed thing: I don’t care. All STEM communities take themselves way too seriously, and this small community is no exception (which I precluded by the use of the word “all”). I do not foresee an imminent collapse of the community’s social order arising out of this event. This isn’t covid-19, after all. 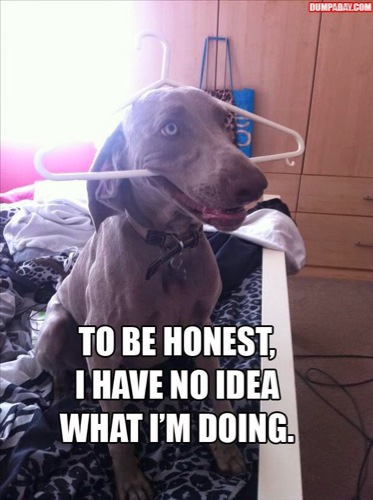