“May you live in interesting times.” When I first heard this phrase I understood the “interesting times” it referred to were times of upheaval and disruption, but I assumed that was a positive thing. It didn’t occur to me that the saying was meant as a curse, and in the majority of human occupations – farmer, merchant – I suppose it is. But it needn’t be. A century ago, there was riotous upheaval taking place in both the Arts and Sciences (you really should watch the documentary, Paris: The Luminous Years). Surely a great many of the staid and hidebound were discommoded by the revolutions taking place in the Arts and Sciences, but those revolutions gave us the modern world, and a deeper understanding of ourselves and the universe we inhabit. My thoughts on those times are very positive, but I am a disruptor, so it is understandable. I am reminded of this quote by Graham Greene:

You know what the fellow said – in Italy, for thirty years under the Borgias, they had warfare, terror, murder and bloodshed, but they produced Michelangelo, Leonardo da Vinci and the Renaissance. In Switzerland, they had brotherly love, they had five hundred years of democracy and peace – and what did that produce? The cuckoo clock.

So, yes, revolutions took place, and in particular in theoretical physics (TP). Modern day practitioners of TP – those who are disruptors by nature, as well as those who are not, and may presently be resisting further disruption with every fibre of their being – are united in their admiration of those century old ideas and those who gave birth to them. Few of those who resisted those advances are much remembered, which makes it easier for present day resistors of new ideas to avoid identification with their predecessors. But they are the same, and they too ought not be very much remembered.

Sabine (Hossenfelder), a practitioner of TP and vigorous blogger about its shortcomings, recently posted a blog with the title: Why Physics has made no Progress in 50 Years (since toned down to 40). She says:

Instead of examining the way that they propose hypotheses and revising their methods, theoretical physicists have developed a habit of putting forward entirely baseless speculations. Over and over again I have heard them justifying their mindless production of mathematical fiction as “healthy speculation” – entirely ignoring that this type of speculation has demonstrably not worked for decades and continues to not work. There is nothing healthy about this. It’s sick science. And, embarrassingly enough, that’s plain to see for everyone who does not work in the field.

This behavior is based on the hopelessly naïve, not to mention ill-informed, belief that science always progresses somehow, and that sooner or later certainly someone will stumble over something interesting. But even if that happened – even if someone found a piece of the puzzle – at this point we wouldn’t notice, because today any drop of genuine theoretical progress would drown in an ocean of “healthy speculation”.

Why don’t physicists have a hard look at their history and learn from their failure? Because the existing scientific system does not encourage learning. Physicists today can happily make career by writing papers about things no one has ever observed, and never will observe. This continues to go on because there is nothing and no one that can stop it.

(Of course, it being highly unlikely she is aware of my own TP efforts, I can happily conclude that she does not include me in her excoriations.)

So, anyway, this differs little in intent from my own ranting, save that Sabine believes that there is a solution. As this would involve a fundamental change in human nature, I do not share this belief. You know, I wasn’t going to write another screed about the failings of TP; I wanted to write about science fiction, and Star Wars in particular, but then I made the mistake of reading Peter’s latest, which arose in response to an article by Misha Shifman. Misha says:

That, of course, doesn’t mean efforts won’t be made to expand it, such “healthy speculation” generally involving the introduction of new forms of matter (axions, etc.), or the application of new mathematical methods (string theory, etc.), but nothing in all the reams of experimental data accumulated over the last century points to a clear path forward. Misha continues:

What should happen for today’s HEP theory to reincarnate itself? It is not clear to me. It seems that I see a renewed interest in this endeavor among bright young people. Hopefully, it is not wishful thinking.

Meanwhile, more traditional HEP physicists do not hibernate. The routine work goes on unabated, people work hard to polish the ideas that had been put forward previously. Theorists revisit corners which were ignored on the previous journeys.

This is all moderately annoying to people like me, people who decades ago who were bright and young, and who did produce ideas that … well, fuck that. Water under the bridge; spilt milk; a penny saved is a penny earned; the chicken crossed the road, obviously, to get to the other side.

But there is an unspoken hope in what Misha says, that the renewed interest of the bright and young, and the corners being revisited by the dim and old, will lead to advances that will in no way mar the status quo. Misha doesn’t want upheaval, and only a modicum of disruption.

Sabine bemoans 50 years of stagnation. Misha would probably make that 46 years. He says:

Approximately at the same time, after the discovery of the c quark and τ lepton, the Glashow-Weinberg-Salam model of electroweak interactions evolved in the Standard Model. This was the triumph of HEP, a success achieved because theory and experiment went hand in hand with each other being powered by each other. A remarkably thorough understanding of empiric data accumulated by this time was achieved. Theorists worked with joy and enthusiasm, all disconnected pieces suddenly came together and – within a decade – conceptual questions on strong and electroweak interactions were understood and answered. I was lucky that my professional career started in 1973. Till now I vividly remember the stormy days of the “November revolution” in 1974. The few months following the discovery of J/ψ were the star days of QCD and probably the highest emotional peak in my career.

I was a youngish graduate student at the time, frequently attending colloquia in the many Boston area universities. TP was exciting. I personally was excited by the work of Gürsey and Günaydin at Yale, little realizing that it would shortly be sidelined, along with the career hopes of any who became obsessed with that seminal work. Of course, at the time no one realized – because it was unthinkable – that TP was about to enter several decades of “healthy speculation” that would lead to nothing. The party was over; everything was sidelined, even things that got, and continue to get, lots of attention. Misha continues:

… the minimal supersymmetric standard model (MSSM) no longer seems relevant, as well as the very idea of low-energy supersymmetry which was put forward to solve the hierarchy problem. Basically, experimental data from CERN (or, better to say, their absence) ruled MSSM out. The concept of naturalness seemingly lost its appeal.

(As a graduate student I was pressured to become one with the body of supersymmetry theorists. However, resistance being then not futile, I chose my own path, a path that avoided what Misha avers was a dead end. So that’s good. Right?)

With increasing complexity of experiments and the need for more and more public funding it seems natural that the ratio exp/th would continue to fall in the near future. The peak on the right may well be shrinking for a while, while the peak on the left is growing unconstrained by rigors of nature. This is a new scientific environment to which we, the physicists, will have to adapt, as it usually happens in nature, through self-regulation. In the same way humankind adapts to new political and social conditions. In response to environmental changes populations grow or shrink. Theorists in their community are subject to the same social regularities.

I understand that uncovering the fundamental laws of nature became harder due to scarcity of adequate probes for experimentation. Does it mean that we have to give up right now?

Yikes. He then talks about someone named Dawid who has ideas of which I was ignorant, and I wish to continue in this blissful state:

According to Dawid, three principles of non-empirical confirmation are to replace experimental data/observations:

(i) The absence of alternatives in the community;

(ii) The degree to which a theory is connected to already confirmed theories (also referred to as meta-induction);

(iii) The amount of unexpected insights that the candidate “non-empirically confirmed” theory gives rise to.

With all due respect I strongly disagree with Richard Dawid and all supporting speakers at the conference and beyond. David Gross suggested a reconciling compromise. Here is a brief paraphrase of one of his statements: “It is only theories which need experimental confirmation, frameworks do not. The Standard Model is a theory, and it was triumphantly confirmed. But QM, QFT and ST are frameworks, not theories, they need not be confirmed in the usual way. With regards to frameworks, Dawid’s criteria (i), (ii), and (iii) should be applied.”

Oh, crap. See, the point is we now live in very uninteresting times, which is good for farmers and merchants, including merchants of staid dogma like Gross and his ilk. But the bigger point that many are now making, in the absence of disruptive results from the LHC, and the exorbitant cost of improving on that machine (and even if we did, we’d use it to check the validity of tired old ideas, like sparticles) … anyway, the big point, if I allow myself to get to it, is that these uninteresting times could well stretch into the foreseeable future, up to and encompassing whatever dystopia awaits us, at which point all funding will turn to survival, war, and fighting off zombies. 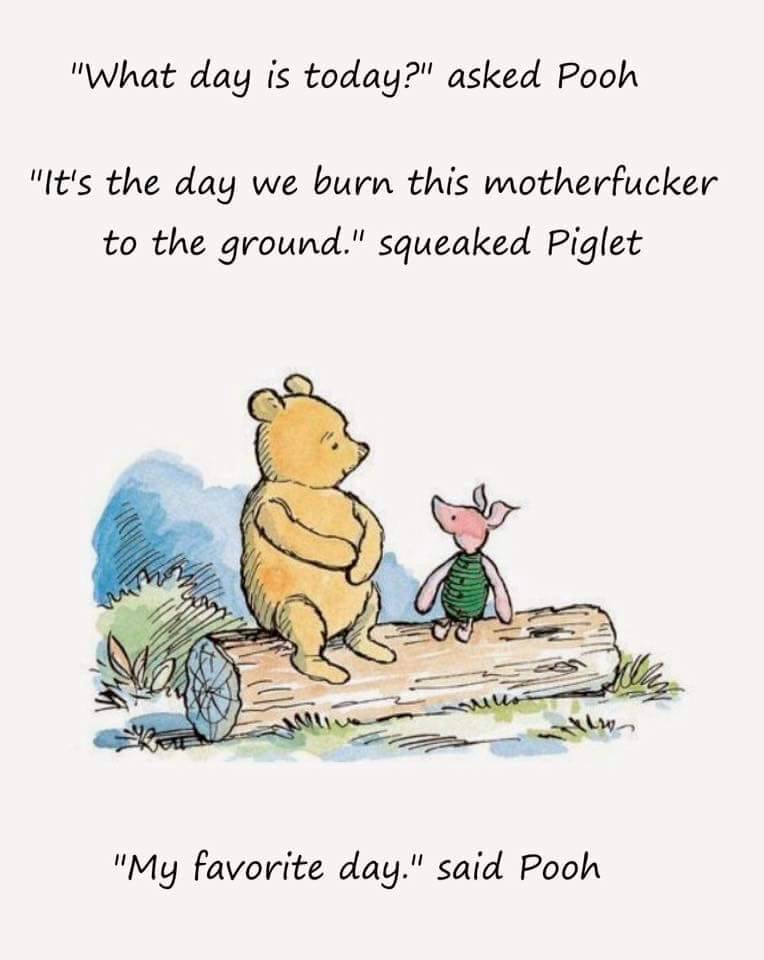